Some have written to ask about the meaning of “come-flor” – part of the lexicon of Venezuela in revolutionary times.

The Venezuelan opposition is broadly divided in two bands, the talibanes (opposition hard-men) who think Chavez is Castro and can only be defeated on the streets, and the come-flores – flower eaters – who believe in peace, love and understanding and think some kind of accomodation with state institutions within the framework of the law is possible.

Many in the Venezuelan opposition – including, admittedly, yours truly – waver between the two positions.

As to the term itself, the image comes from the old children’s story: Ferdinand, the bull who refused to fight. 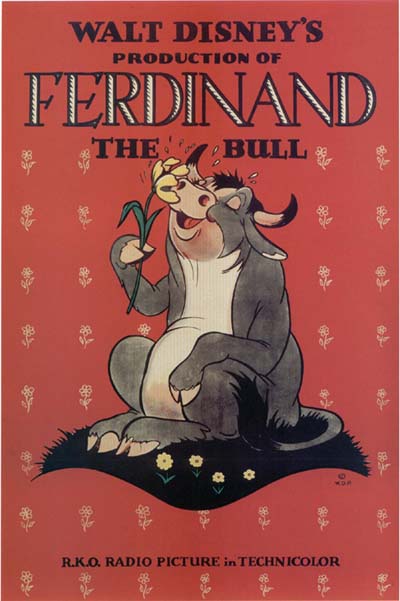 The image is particularly apropos given my last name…