From the comments forum

Again I am depressed. The tale is a little bit long, so bear with me. It all started more than a year ago in the building where our offices are. I saw a man with a jacket that said: “Defensores de la Patria” (Defenders of the Fatherland). The problem was with the illustration: an eagle with spread wings (such an imperial symbol), a very big knife and a SKULL (no joke.)

Days later, I met the same man again, and I asked him about the jacket. He told me he was part of a group that met to practice sports. I inferred they received paramilitary training. Months later, after squatters took over the “Los Andes” building in Plaza Venezuela, there was a press article on the woman who leads them, “La Madre”, and she was wearing a t-shirt with the same symbols (so SS) and the same caption.

Today, when I was coming home on the metrobus, I happened to raise my eyes from my book and saw the caption and the symbols again… The group was painting them on the front of yet another squatter building. It’s shocking, but we have to face it: the symbols speak for themselves…

What scares me the most are all the things that are going on in “Los Andes” building. Do you remember the violent flares when another group of squatters tried to get in there? Since then, at least once every three weeks, the groups fight among themselves.

As far as I can remember, there have been two deaths resulting from those street fights. So the groups are armed and quite capable of killing each other over who knows what trifles. They would have no qualms killing someone like me (“an escuálido de mierda.”) Worst of all is that some of the offices in the building I work in were part of the INCE – the official worker training institute now headed by Chavista hardliner Eliécer Otaiza, former stripper and coupster. Somehow, today, when I again saw the symbol being painted as graffiti in plain daylight, fear took hold of me. You see, the violent groups are not even secretive about their plans anymore.

What I fear most about these “Defenders of the Fatherland” is that they don’t boast. They keep to themselves, but they can kill.

There´s a story about Camile Desmoulins (or des Moulins, as he would write his name before the French revolution so that he could pass as a semi aristocrat). He was from the extreme left, and was always talking about killing each and every aristocrat. History has it that the day he signed his first lot of death warrants, he was taken ill. You see, before that, his attitude was simply rhetorical. 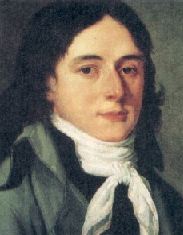 But chavistas are quite another matter. Their party, Movimiento V República (MVR), started out life already infiltrated by criminals of every kind. MVR assemblymember Juan Barreto, for instance, once stabbed someone who made a pass at his girlfriend. His victim was lucky. The knife stuck between his ribs, just millimeters from the heart. But the direction of the blow was expertly delivered: it had an upward slant. So Juan Barreto knows how to kill; he didn´t do it by accident. And that is the man who is the candidate for mayor of Greater Caracas. Go figure. 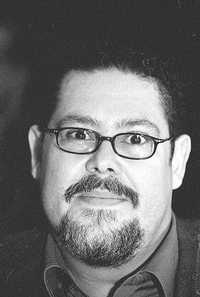 Or take Jesse Chácón, the squeally voiced Minister of Information. If you heard his voice, which sounds just as ladylike as if he was the Queen of England, you would think he is as harmless as the queen herself. But Jesse Chacón killed a security guard in cold blood when he took over the state television station (VTV) during the coup attempt on November 27, 1992. Prior to being killed, the guard had surrendered, was tied up, and on his knees. So you see what kind of people govern us: true criminals. 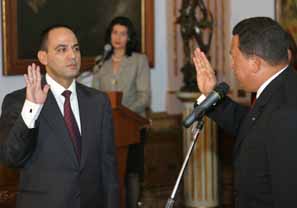 Another case in point is Marisabel, Chávez’ wife. (The alleged divorce was just a way to protect her from the public protests.) Marisabel told Faitha Nahmens (in an interview, which was also published in Exceso) that she had received from one of the Arab Sheiks that had come to an Opec reunion “such a beautiful piece of jewelry”. Then she told Faitha: “When Hugo leaves office, I´ll sell it and buy myself a little apartment”. You see, Marisabel does not understand that the present was for the First Lady, and not for her personally. She thought it was HERS. Period. If the American First Lady, or the wife of the British Prime Minister went on like that, it would surely be a public scandal. Bottom line: Marisabel and Hugo think that they were elected as king and queen. 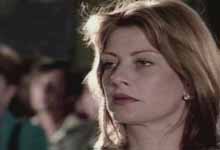