I have to study today, so I’ll just throw up this speech delivered to the US Senate by Bill Nelson, the Democrat from Florida. A few comments:

1-Nelson is gunning for that VP slot on the Kerry ticket, it’s really obvious.

2-From the way he talks about Kerry’s statement on Venezuela, it gives me the strong impression Kerry’s and Nelson’s staffs work closely together – it’s almost like Nelson is taking credit for the statement.

3-On the one hand, Nelson’s line is unconsciously neoimperialist, self-righteously interventionist, and plays right into Chavez’s strategy, since it provides him with that necessary “enemy” on the other side – it’s the same mistake Ike and JFK made with Fidel all those years ago, saving him by antagonizing him. On the other hand, the Chavistas will slur the US as the source of all their problems whether or not the US hits back, so why not hit back?

4-Nelson has become a “policy entrepreneur” in Washington with regard to Venezuela. This is his issue now, and he won’t let go. A vicepresident Nelson would give Venezuela a level of attention in Washington it’s never had before. This is either great or an utter disaster depending on your point of view. 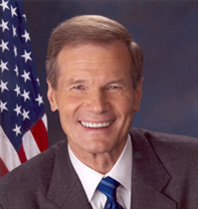 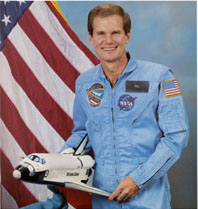 Mr. NELSON of Florida. – Madam President, while we are getting all of our ducks in order with regard to the procedure and there is this momentary lull in the consideration of the instant legislation, I rise to discuss conditions facing the United States with regard to an important neighbor of ours in this hemisphere; that is, Venezuela.


Venezuela is a country in deep crisis. I worry, as has been the case with so many of our neighbors to the south, that it is not getting enough attention in relation to this crisis. We all should know the President of Venezuela, President Chavez, is right now the subject of a petition drive aimed at holding a referendum on a recall of his Presidency. That is provided for under section 72 of the Venezuelan Constitution. What is also well known is President Chavez and his allies have done everything in their power to make it impossible to hold a legitimate referendum.


A week ago I was in Venezuela. I spoke to numerous officials of the Chavez government, including the Foreign Minister, the Energy Minister, the Vice President of the National Assembly. I also spoke to leaders of the opposition who have been leading the drive to hold a recall referendum under the provisions of the Venezuela Constitution. This is a recall on whether the President will continue in office.


Everyone I spoke with recommended the United States must strongly support a negotiation led by the OAS and the Carter Center aimed at resolving disputes related to holding the referendum. Typically, this would not be a dispute. They have many more signatures than is required for the referendum. However, an objection has been raised that signatures are not accurate as to the people. That is easy to check.


I met with one of the mediators at the Carter Center who described to me the proposals his team and the OAS team had made to try to bridge the gap between the Chavez government and the opposition. When I asked if anyone outside of the government, any of the opposition in the business leaders actually think the Chavez government, and specifically President Chavez, will allow the continuation of this referendum to go forward, I got the same answer from all quarters. It was, “No.”


Because of the way President Chavez has governed, because of the way he has tried to silence opponents, it is widely believed he will never allow the recall referendum to go forward. I hope he will hear this chorus of concern being expressed now from the Senate that under section 72 of the Venezuelan Constitution he should allow the process of democracy to work.