Time for some recall scenario-making fun. The key thing to keep in mind is that to recall President Chavez the opposition needs to meet two conditions:


So given that Venezuela has 12,330,902 registered voters, what does the opposition need to do to win? Well, they need to win the vote, but most importantly they need to get out the vote, they need to mobilize supporters to the polls. Turnout will be the key to this election. For reference, consider that in July 2000, turnout was 56.3%.


Assuming, conservatively, that the opposition gets 55% of the vote on Aug. 8th, they will need to mobilize just over 55% of registered voters to the polls to win: 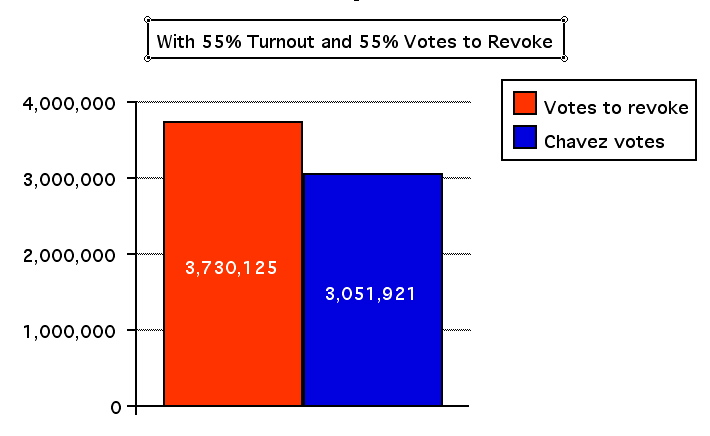 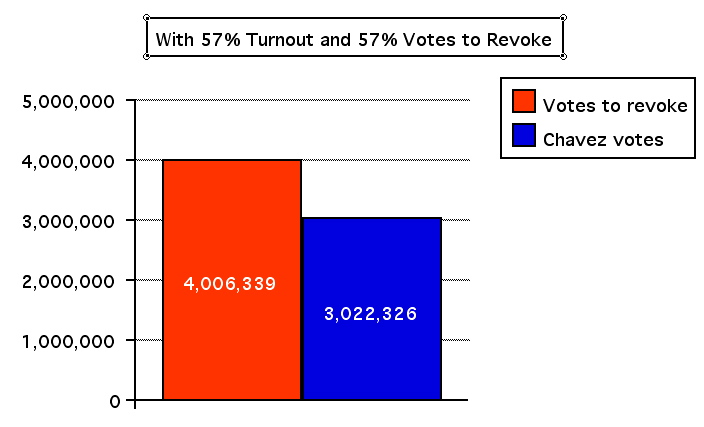 If the opposition manages to get 60% of the vote, it can score a massive win even with relatively modest turnout. 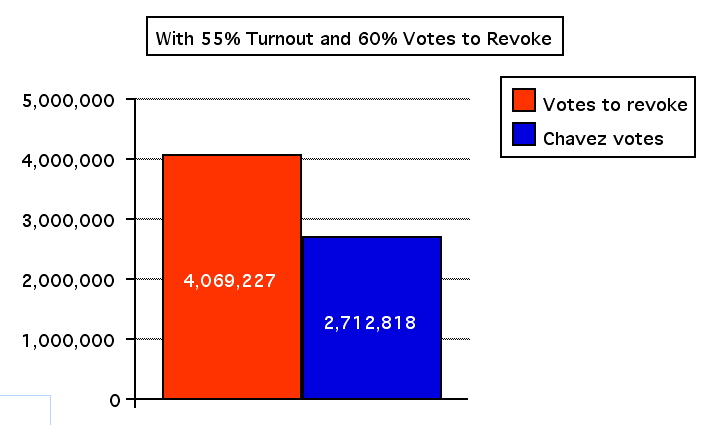 Finally, if turnout tends to be high – which would not be odd given the level of political mobilization in Venezuela these days – and the opposition can perform towards the top of its polling range, it could crush chavismo decisively. 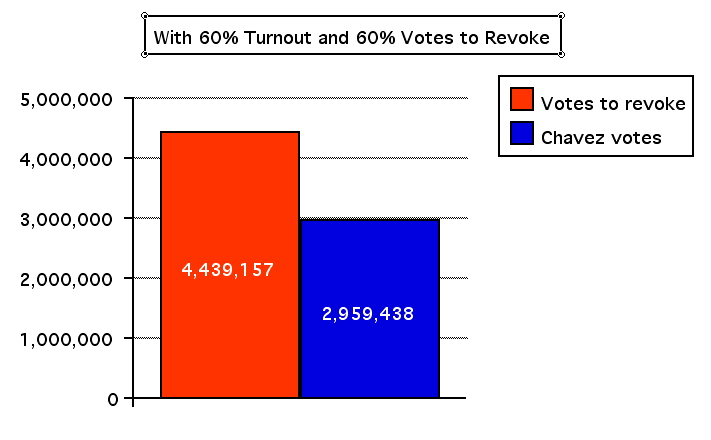 One final point: if turnout is above 61%, the government will have to win outright on the day to prevent Chavez’s recall. Nothing in recent polling data suggests this is possible. So if the opposition can mobilize over 61% of voters to the polls, Chavez is toast. 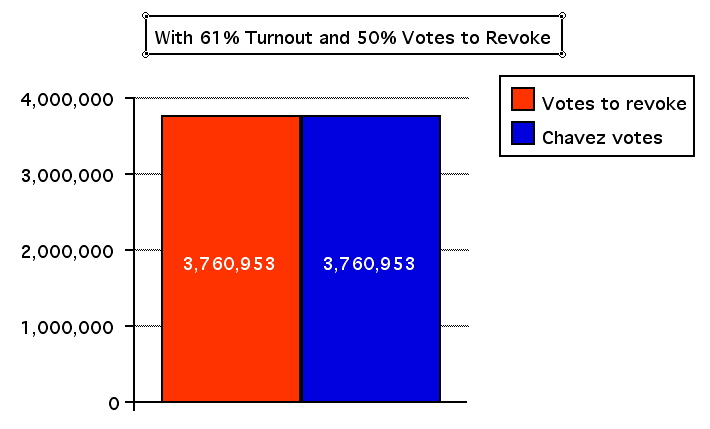