Home Uncategorized Censor without a cause…

Well, our valiant Prosecutor General, Isaias Rodriguez got what he wanted: a Caracas judge has issued a gag order banning publication of any information about Geovanny Vasquez de Armas, his key witness in the escalatingly weird saga that is the Danilo Anderson murder investigation.

The rationale given was – no se la pierdan – the need to protect his “dignity, honor, reputation, good name and decorum.” 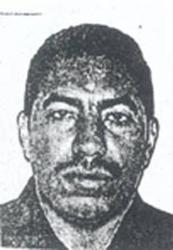 While this prior restraint order is despicable for what it says about chavismo’s rising “comfort level” with censorship, fact is this particular horse bolted long before the stable door was shut. We already know about Vasquez de Armas’ multiple convictions for identity fraud, we already know he isn’t a psychiatrist, didn’t go to Johns Hopkins medical school, isn’t an FBI-accredited forensic expert, wasn’t a colombian paramilitary, doesn’t speak German and could not have been in Panama in September, 2003 because his ass was in jail.

The only thing we don’t know is why Isaias insists on hanging his case on a guy who lies for a living.