RSF has just released a statement denouncing state censorship of materials relating to the Anderson case. An English version is now available:

Reporters Without Borders today condemned a court order issued yesterday banning Venezuelan news media from revealing any details of the judicial investigation into the November 2004 murder of judge Danilo Anderson or mentioning a key witness in the case.

The organisation also condemned the fact that 10 news media are to be investigated under the Law of Judicial Authority and the November 2004 Law of Social Responsibility in Radio and Television for possible “obstruction of justice” in their reporting on the case until now. The offence is punishable by a prison sentence of six months to two years in prison.

“The Danilo Anderson case is fraught with political and media repercussions as two opposition journalists are accused of being among the instigators of the judge’s murder and certain independent news media have questioned the credibility of Giovanny Vásquez, the prosecution witness against these two journalists,” Reporters Without Borders said.

“We fear this ‘obstruction of justice’ procedure is a judicial device for the government to yet again settle some scores with the privately-owned media and at the same time subject them to state censorship,” the press freedom organisation added. 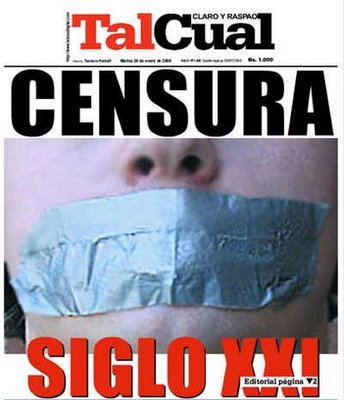