Two news items struck my eye over the weekend: 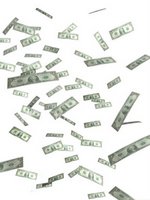 In big ways and small, then, the pre-election spending binge is on.

If petrostate populism is the art of turning control of the state’s oil money into control of the state in a self-perpetuating cycle, the ability to manipulate the timing of state spending for political purposes must be one of the most potent weapons in its arsenal.

Pre-election spending boosts are, of course, a feature of most democracies. In Venezuela, though, with the huge weight of the state-monopolized oil industry in the economy, the potency of such tactics is magnified.

Pre-election spend-a-thons work in incumbents’ favor via two different channels. Directly, by making recipients of state handouts grateful and symbolically indebted to the government in power, with the understanding that they will reciprocate at the voting booth. But also indirectly, by boosting aggregate demand, making money circulate in the streets, and engineering the short-run feel-good factor associated with every keynesian boomlet.

It wasn’t hard to guess that the government would manipulate the timing of state spending to coincide with the run-up to the election. Sadly, my guess is that the spending spree will more or less cancel out the advantage Chavez has been giving Rosales by running an unfocused, confused and contradictory campaign.

People vote their pocket books, folks, and Chavez has the power to determine when they’re empty and when they’re full.