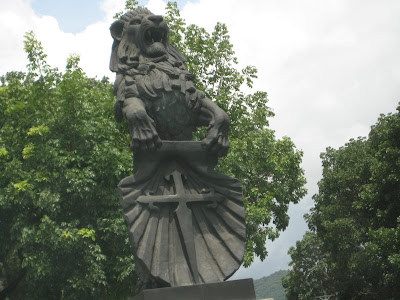 Juan Cristobal says: A lot of you have asked about the Caracas Mayor-at-Large (or Major Mayor) race between Chavez’s candidate Aristobulo Isturiz and opposition candidate Antonio Ledezma. The race is not just one of the most symbolically important ones that will be held on Sunday, it’s also a toss-up: one to watch very closely (assuming the rains don’t just wash away the whole valley which, at this point, is a toss up too.)

In the last election in 2004, the good people of the Metro area elected Juan Barreto over Claudio Fermin by a margin of 60-40. This went down in the midst of dismally low turnout by our voters, right on the heels of the Great Recall Referendum Debacle of 2004.

So in order for Ledezma to win, two things must happen: there has to be a significant increase in opposition turnout in our strongholds of Baruta and Chacao, a surge of opposition votes in Sucre, and a competitive fight in Libertador that blunts Aristóbulo’s advantage there. In other words, people in our strongholds need to turn out big, and the predictable chavista victory in its stronghold should be less than overwhelming.

Several facts suggest the wind is blowing in Ledezma’s favor. Though he is the one oppo politico Quico loves to hate more than any other, he has run a disciplined campaign, and deserves kudos for getting Leopoldo Lopez’s full endorsement.

The competitive race in Chacao may increase turnout if people feel strongly about one candidate or the other. Furthermore, Ocariz may be riding a wave of support in Sucre that could translate nicely into a bigger margin for Ledezma.

Finally, in Libertador, the opposition is running two competitive candidates: student leader Stalin Gonzalez and Claudio Fermin. Neither of them has a chance against Jorge Rodriguez, but this two-sided attack may steal enough votes from Rodriguez from both older, more traditional adeco voters and younger voters identified with the student movement, that it may well push Ledezma over the finish line. If instead of Freddy Bernal’s 74% win in 2004 over Carlos Melo, Jorge Rodriguez were to win with, say 50% of the vote, Ledezma could squeak through.

In other words, running several candidates in both Chacao and Libertador could end up benefitting the opposition!

It’s the oldest cliché in the book, but true nonetheless: it’s all down to turnout. Now with the rains, who knows. In this clip, Ledezma is sounding like the Mayor already.