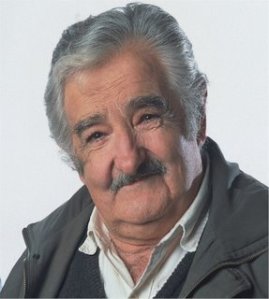 Juan Cristóbal says: – Few things thrill Hugo Chávez more than seeing a leftist win an election. Whether it’s in El Salvador, Ecuador, Bolivia or Spain, he can’t help gushing over any victory for his anti-imperialist “side.”

And can you blame him? When your international status is that of a quasi-pariah and you have to resort to making deals with these people, well, you too would be thrilled at any chance you get of “expanding” your list of allies. Never mind the fact that his new “allies” are, more often than not, sensible politicians. For Chávez, any win counts.

In the next few months, both Uruguay and Chile will hold Presidential elections. Uruguay is currently headed by the sensible leftist President Tabaré Vasquez. Term limits prevent him from running again and cashing on his considerable popularity, which is why I wasn’t surprised when I heard the government’s candidate was the favorite. But when I heard he was a former guerrilla fighter, my eyebrows rose.

And yet, reading this interview, I can understand why he’s leading the polls. Uruguayans are, if anything, a serious people, not prone to fall for the showmanship, anti-business, anti-imperialist rhetoric that bellows from Chávez’s mouth. (Well, sometimes they’re not so serious.)

Mujica presents himself well here. He is an unassuming man of the people, that’s for sure, and his leftist credentials, gained by fourteen years in prison, are impeccable.

But he is quick to say that his will not be a government where the state gobbles everything up. He says he needs businessmen to create jobs, and shies away from radical proposals like a “Constitutional Assembly” that has been used by Chávez, Correa and Morales to concentrate power. In a very explicit way, he comes across as a Lula-like figure. And at 74 years of age, I wouldn’t expect him to change the Constitution so he can stay in power.

When the topic turns to Chávez, Mujica’s common sense and wit shine through. He criticizes Chávez for talking too much, but recognizes that Uruguayans like the fact that Chávez sends them cheap oil. Still, that doesn’t prevent him from being honest, like when he recalls telling Chávez that he’s not building socialism, but rather an enormous bureaucracy that will gobble him up.

A pawn of chavismo, he is not. 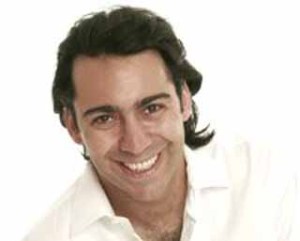 In Chile, chavismo’s luck is taking a turn for the worse. The young, dynamic “Trojan horse” candidate Marco Enríquez-Ominami has been rising in the polls. Having lived in Chile for five years, I’ve been following him for a while and I can honestly say he is a hard-core chavista – no “Lula-type,” “chavismo-light” analogies are appropriate here. This is, after all, a guy that was invited by the CNE to observe elections. But don’t take my words for it – take his.

Sure, he is trying to shy away from this, a must in a country where Chávez is slightly less popular than getting food poisoning from homemade mayonnaise, a surprisingly frequent occurrence in Chile. So Enríquez-Ominami, in his best I’m-a-good-boy-let-me-move-to-the-center voice, is trying to present himself as a modern, moderate leftist.

Although he was and is a long shot to win, for a while I thought his shtick would work and Chileans would fall for it to some extent. My fear was that a strong showing in this election would lay the groundwork for a win in a future one. And then…

Out of the blue comes an interview he gave in 2003, where he said that, for him, being Chilean “was a tragedy,” and that he would have preferred to be an Italian. His lame attempts at damage control were, perhaps, even worse. After this, his candidacy, and perhaps his entire political future, are effectively dead.

Chavismo will boast, and they will win more elections in the future. But don’t buy the hype. Both Uruguayans and Chileans are going to be fine.