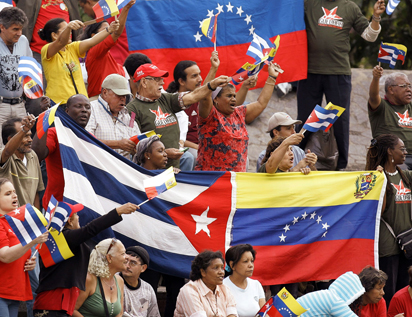 The Economist’s report this week on the extent of Cuban infiltration into the Venezuelan state system is an odd mix of things you probably already knew and immensely cringeworthy new material.

The bit that really got me was:

In some ministries, such as health and agriculture, Cuban advisers appear to wield more power than Venezuelan officials. The health ministry is often unable to provide statistics—on primary health-care or epidemiology for instance—because the information is sent back to Havana instead. Mr Chávez seemed to acknowledge this last year when, by his own account, he learned that thousands of primary health-care posts had been shut down only when Mr Castro told him so.