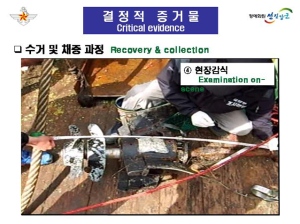 I’ve long had this hunch – just a hunch, really – that sooner or later, in a fit of ideological fervor, Hugo Chávez is bound to align Venezuela with North Korea. It just seems like the logical end that his long record of lunatic statements, far-over-the-top posturing, and senseless maximalism has been building up to for all these years.

And while our Pyongyang Moment isn’t quite here – por ahora – we did take a great leap forward in that direction when our Fearless Leader joined the "grassy knollites, the 9-11 truthers, and the Obama birthers" in accusing the U.S. of attacking the South Korean ship Cheonan to try to provoke a war between North and South Korea. Turns out, in Chávez’s view, that "it has been demonstrated" that the yankees did it themselves.

I love that. "It’s been demonstrated." How, exactly? Well, Fidel said so!

See, this is the kind of Chávez statement that drives me into dispair. Because I set up this blog, originally, to try to communicate with a certain kind of audience: smart, sophisticated first world center-lefties; people naturally receptive to Chávez’s core message but leery of his authoritarian tendencies, who were looking for help figuring out the guy.

Trouble is, I don’t think that category of people exists anymore…Chávez has talked it out of existence.

Because, let’s face it: the notion that the U.S. would try to goad a nuclear armed enemy that’s aiming tens of thousands of artillery pieces at a key ally’s megalopolis-capital into a shooting war by masterfully staging a torpedo attack on that ally’s ship – down to planting the destroyed torpedo’s propeller – while fighting two other wars in an entirely different region at a time of recession, massively inflated budget deficits and looming imperial overstretch…well you don’t even have to finish that sentence to see just how hare-brained and zany the entire theory is.

And therein lies this blogger’s connundrum: if you’re fundamentally sane, you don’t need anyone to explain to you how idiotic this whole thing is. And if you actually need convincing on this score, you’re probably beyond reach in the first place.

In a way, it’s a handy thing, a convenient way of settling for yourself the question of whether you are or are not a total lunatic.

If the idea that the US staged the Cheonan attack and then faked the investigation strikes you as plausible, then you, my friend, are a bona fide crank.