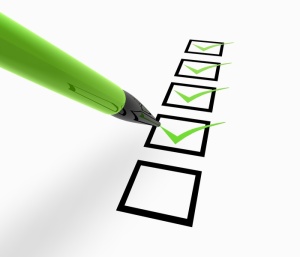 In 2002-03, when we entered a “strike of no return” that went bust, we found ourselves in search of an exit strategy. I remember that time that a “bailoterapia” was convened in January at the Altamira highway overpass in order to close the strike. It was … embarassing.

So, as we head into another prolongued period of unrest, with student leaders pledging to stay on the streets until the regime falls, my advice would be to set your sights a little lower and give yourselves an exit strategy.

For example, you can set as a goal the end of SICAD and Cadivi, as a pre-condition to ending scarcity. Or you could demand the government shelve the Law of Fair Costs. You can set as a condition that it begin publishing official murder statistics again. You can also demand they lay off the students and political leaders currently being persecuted. You can demand that colectivos be disbanded. In fact, you can demand all of these things – make a list of things you want to see done in order to call off the protests, and see what the government comes up with. If they say they are open to negotiating, call their bluff.

If you believe your actions will cause the regime to fall, then by all means go on. But for those of you burning tires who have a sliver of doubt that this can be achieved in the current climate, think of alternative demands, things within your reach, stuff that puts the ball in the government’s court.

As I wrote in Foreign Policy, the difference between these protests and the ones in 2002 is largely demographic. Most of the kids out in the street today were too young to protest back then.

This, however, does not provide them an excuse to not learn from our mistakes. Think about it.