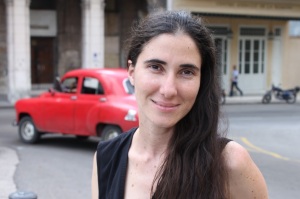 “Last Thursday, spellbound Cuban TV viewers were able to watch a debate between a portion of the opposition in Venezuela and representatives of the government. The controversial encounter was broadcast by TeleSur, which has always supported chavismo. This time around, the channel was forced to broadcast the other side’s concerns and points.

The pre-condition that cameras and microphones were available has been a masterful political move on the part of Maduro’s adversaries. Spectators were able to partake in the dialogue, and it made it more difficult to twist events. Each person on both sides had ten minutes, but the Venezuelan president was simply unable to synthesize his thoughts into such a short period.

For misinformed Cubans, the first thing that jumped out was the high level of the opposition’s discourse. Numbers, statistics, and concrete examples were presented respectfully. The next day, the most oft-repeated comment in the streets of Havanna was the popular “they swept the floor with Maduro,” a clear allusion to the overwhelming criticism his rivals engaged in. The government, for its part, seemed cowed, fearful, and with a cliche-plagued discourse.”

Read the rest in Yoani’s blog (in Spanish). If last Thursday helps inspire the downcast Cuban opposition,that in itself would be an achievement.