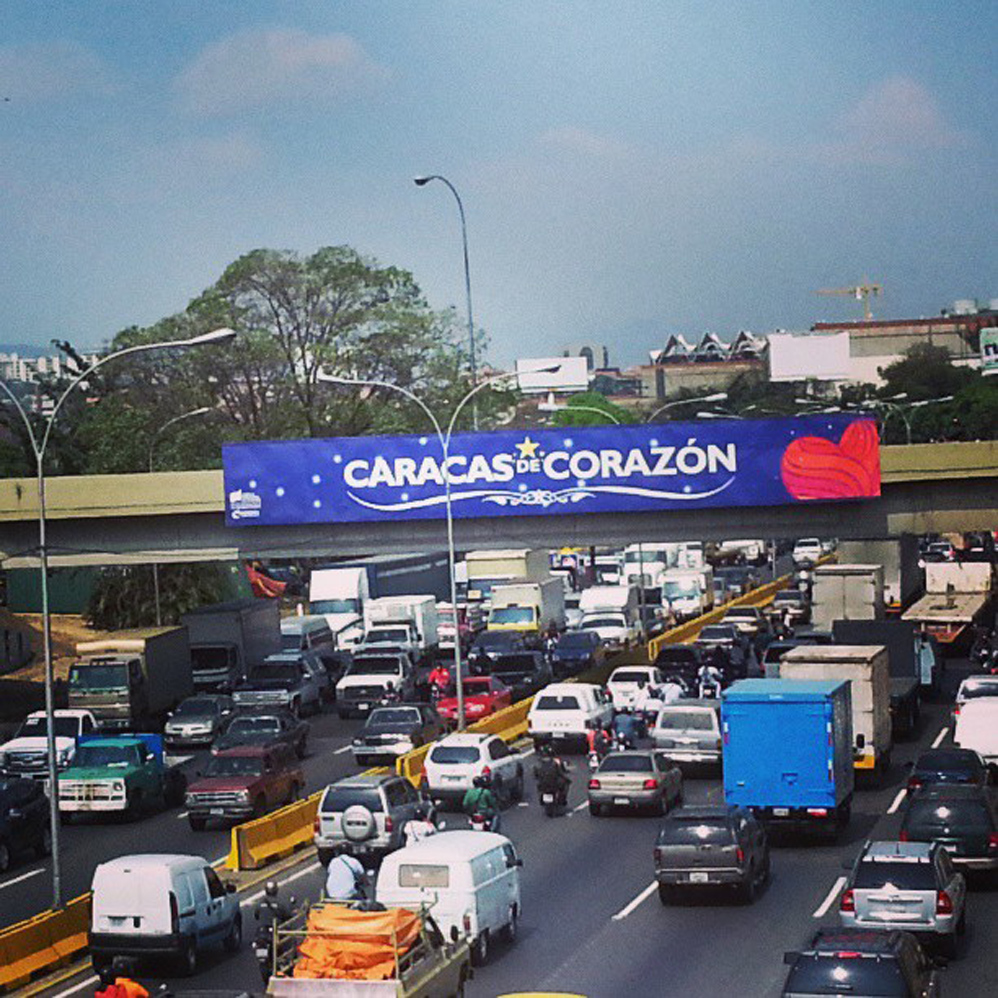 At times, it can seem like Venezuela is going to hell in a hand basket, but not everything is getting worse. Caraqueños are noticing one source of misery actually improving: traffic jams.

In recent months, my travel time at rush hour –around 5:30 pm- has dropped by almost half: from over 90 minutes to little under an hour (barring some kind of protest, accident or roadwork.) And some things never change: Caracas colapsa apenas cae una gota de agua –traffic still goes haywire the first sign of rain.

But, why has the congestion in Caracas improved?

We know the price of gas has nothing to do with it. The Central Government seems to have forgotten the proposed increase in gas prices –at least for now – and with inflation now in triple-digits, gas is going from basically free to almost entirely free.

So… could it be thanks to the program of roadworks developed by the Ministry for Ground Transportation? Sure, that’s an option. However, we have noticed a drop in road traffic in areas that haven’t been intervened.

Could it be a product of the increase in parking fees? The last 123% increase was a definite blow to our daily finances back in October 2014. But, again, with the way inflation eats away at those kinds of increases, the blow is fading really fast.

Could it be because so many people have left? Yes, this might be part of the reason. However, those who emigrate tend to leave their cars with relatives who use them or they sell it to get some extra cash for their relocation.

We don’t discount these factors, but we don’t think they account for the bulk of the improvement. But then, what could be driving the drop in traffic congestion?

To our mind, it’s simple: scarcity. For one thing, new cars are now ludicrously expensive, even if you manage to find one.

More importantly, automotive spare parts have become a nightmare to source. Even having your car battery die or one of your tires punctured can be enough to take your car off the road semi-permanently.

As usual, the Central Government seems to be reacting kind of late. In some two months, they have promised, Venezuela will receive spare parts for vehicles and motorcycles made in China. After 8 months of silence and inaction, Sicad recently called an auction to the tune of US$ 350 million for the automotive sector. It’s a drop in the bucket, the auto parts industry needs reach the US$ 2.000 million mark to clear its demand backlog.