I think this 1997 Foreign Affairs article (warning: large PDF file) by Fareed Zakaria is a really helpful read for anyone trying to understand chavismo. Stressing the conceptual difference between constitutional liberalism and democracy, The Rise of Illiberal Democracy is a cautionary tale about what happens when you keep the latter but lose the former.

For Zakaria, democracy as such is merely a way of selecting governments (e.g. through elections.)

“Constitutional liberalism, on the other hand, is not about the procedures for selecting government, but rather government’s goals. It refers to the tradition, deep in Western history, that seeks to protect an individual’s autonomy and dignity against coercion, whatever the source – state, church or society. The term marries two closely connected ideas. 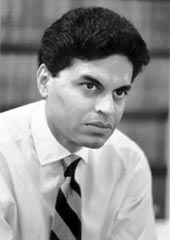 It is liberal because it draws on the philosophical strain, beginning with the Greeks, that emphasizes individual liberty. It is constitutional because it rests on the tradition, beginning with the Romans, of the rule of law. Constitutional liberalism developed in Western Europe and the United States as a defense of the individual’s right to life and property, and freedom of religion and speech. To secure these rights, it emphasized checks on the power of each branch of government, equality under the law, impartial courts and tribunals, and the separation of church and state.”

The piece is strewn with provocative little observations. Zakaria notes that all the now-advanced liberal democracies in Western Europe and North America developed constitutional liberalism before they instituted democracy. “The ‘Western Model,'” he writes “is best symbolized not by the mass plebiscite but the impartial judge.”

Really, it’s worth reading the whole thing. Or, you can buy the book…