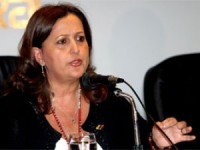 Quico says: One refreshing thing about last night’s election is that, for the first time in years, the National Electoral Council itself was far from the center of the debate. As in futbol, the best referees are the ones you don’t much notice. CNE chairwoman Tibisay Lucena’s self-effacing style paid off.

What’s more, the aggressive audit of the e-voting machines’ paper trails left little scope for unsubstantiated fraud allegations. As Teodoro Petkoff points out, the accumulation of evidence from two separate exit polls, one quick count, and real-time reports from 33,000 witnesses watching over 17,000 hot audits all over the country armed Rosales with far better information than the Coordinadora Democratica had in August 2004.

Overall, transparency was substantially improved last night, and that’s to Lucena’s credit. The opposition should take last night’s level of transparency as a derecho adquirido. No backsliding on this can be accepted in future elections.