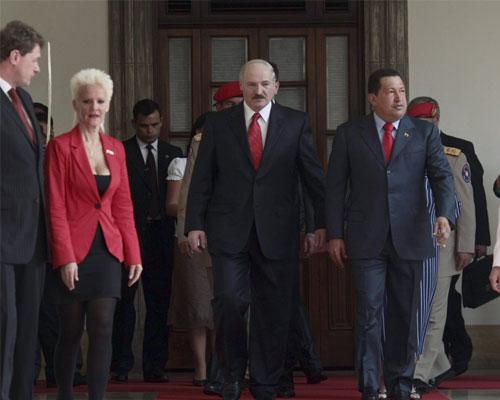 For much of the last eleven years, one of the hardest-to-miss themes in the Chávez era has been the incongruence between the residual bits of liberal democracy in our political life and Chávez’s obvious, fawning admiration for every tin-pot dictator who came his way, from Ahmadinejad and the drug-addict who runs Lybia, to the child molester who runs Nicaragua, the various bits of post-authoritarian detritus hanging on for dear life in what was once the Soviet block, most notably, of course, the Brothers Grim in Havana.

This mismatch never seemed likely to be sustainable: Chávez’s undisguised admiration for dictatorial ways of governing only made sense in someone determined to replicate them in his own country sooner or later.

Which is why there’s such a sense of the other shoe dropping in Venezuela these days. We always figured this sort of thing had to be what he had in mind. You don’t rant on and on ad nauseam about the virtues of a particular way of governing unless you ultimately intend to replicate it. It was obvious all along.

It’s just that Chávez grasps the value of gradualism. And so gradualism is what we’ve gotten…we’ve become gradually, very gradually stewed frog.