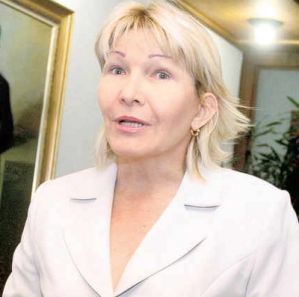 El Nacional interviews Venezuela’s top genetic scientist about Prosecutor General Luisa Ortega’s decision to investigate the death of Simón Bolívar. His bottom line: she has no idea what she’s talking about.

With our country having some of the highest murder rates in the world, with thousands of crimes going unsolved, Ortega has decided to make this her cause celebre.