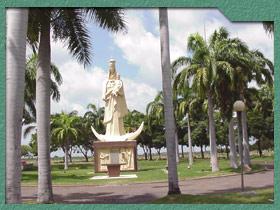 My grandmother died much too soon, in 1991. We buried her in Jardines La Chinita, Maracaibo’s largest private cemetery.

She was resting in peace, until today. Chavista mayor Omar Prieto has expropriated the cemetery, just because he can.

I hope they don’t make my Ita wear a red beret and march. She always hated red.

Perhaps Naim’s controversial line about Chávez having ideological necrophilia was, you know, meant to be taken literally.

Update: Apparently, they are giving it back to their administrators, in some form of fuzzy co-ownership deal. Backlash? Compromise? Hard to say.