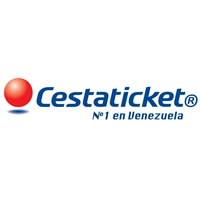 Venezuela’s National Assembly, our playhouse of populist political theater, sometimes – once in a blue moon – has to actually legislate.

One of the issues currently being debated is a Reform of the Nourishment Law. But in the heat of the debate, like in a badly-edited Hollywood action flick, it’s hard to tell who the good guys are.

I can’t really tell you what the Nourishment Law does. I can, however, tell you what it doesn’t do, and that is provide food for every single Venezuelan. Not even the government can make that claim and keep a straight face.

Regardless, they are debating a change in the law to force the government and private businesses to provide their employees with the famous cesta-tiques. (These are a little bit like Food Stamps, except they’re issued by employers, which sometimes includes the government.) Gradually, Venezuelan workers have come to see them as the Holy Grail of Entitlements.

So it’s a technical point about who should get what, right? So far, so boring.

As it turns out, the government wants to exclude retirees from the new benefits, while the opposition is planning to march to the National Assembly demanding they be included, too.

Venezuela can hardly afford what amounts to a new tax on private business and a massive new entitlement program for its public sector, not when it’s still barely coming out of a recession, inflation is out of control, and we’re deep in the red. But the opposition is insistent on one-upping the government and demand that this latest rash of fiscal insanity be spread to even more people, some of them far from critically poor. They are apparently upset at the government…for not spending more of the money it doesn’t have.

Venezuela has deep budgetary problems. At a time when oil is sky high, we’re issuing debt like there’s no tomorrow just to keep spending apace. We need to take one hard look at our medium- and long-term sustainability in order to restore sanity to our finances.

But the problem is that these discussions don’t take place. Rather like the Chipotle example in Jonathan Chait’s excellent TNR blog post, we have isolated discussions on the budget, with each side arguing for more piecemeal spending and nobody asking the right questions, with no one serious enough to look at the big picture. Nobody, that is, except Miguel.

Or have we simply bought into the notion that there is no such thing as too much demagoguery?

It's not just the waste, it's the opacity