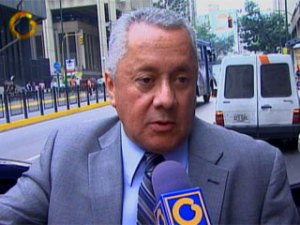 Chalk this up to another instance of the US justice system doing what the Venezuelan “justice” “system” refuses to do.

Government regulator Rafael Ramos de la Rosa, who was being charged with the attempted extortion of the owners of a stock broker’s office the government took over, has plead guilty in a South Florida court.

Venepirámides has some of the background of the case.

#22 … trading his red shirt for an orange jumpsuit.