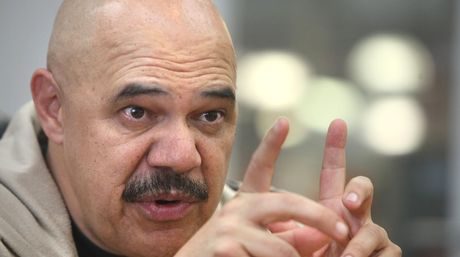 Saying “the news here is that the opposition is going to hit the streets,” Jesus (“Chuo”) Torrealba has just accepted Venezuela’s most thankless job: Secretary General of the opposition’s umbrella roundtable, MUD. A journalist, crusading civil society activist, preternaturally gifted communicator, and chief of barrio-to-urbanización cross-cultural diplomacy, Chuo is a curious choice for MUD chief.

Far from a backroom wheeler-dealer, and with no specifically political experience, it’s not altogether clear to me how he’s positioned to mediate between MUD’s notoriously fractured, navel-gazing, hard-to-deal-with party leaders.

I’ve always had a soft spot for the guy, if only because he knows what he’s about. Chuo Torrealba has always had a particular, sociologically-grounded analysis of what the basic problem in Venezuela is (the mistrust, loathing and misunderstanding between the barrio  and the urbanización) and he’s been steadfast in pursuing it. You don’t have to agree with him to admire his persistence and dedication.

His profile as a champion of barrio issues concerns, and his relative distance from the more cabeza-caliente middle class opposition, would seem to make him a more natural fit with the position of the Primero Justicia/AD/Henry Falcón axis of the opposition, and a less natural fit with the more radical #Salidista wing. Early reports are that Voluntad Popular, Leopoldo López’s party, voted against his nomination.

But that’s a first approach. Chuo isn’t really a politician, as such: he’s a media personality and a civil society activist, and pretty far removed from the day-to-day give and take between MUD parties. Perhaps it’s his aloofness that made him minimally acceptable to all concerned. How he’ll fare in the most political of political roles is an open question.