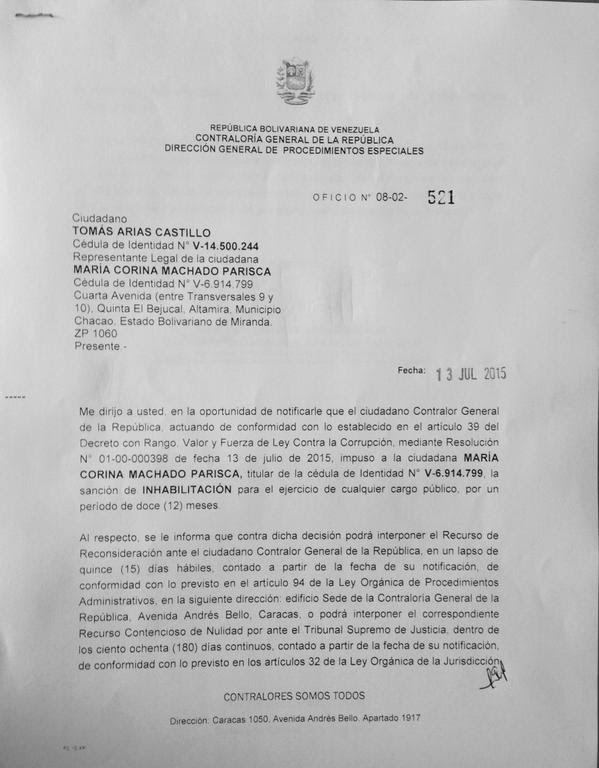 Maria Corina Machado received today this paper from the Comptroller-General’s office, informing her that she’s declared ineligible to hold any public post for the next twelve months, therefore barring her of running in the December 6th legislative election.

The picture of the document’s first page doesn’t say the specific reasons of why she has been disqualified but Comptroller-General Manuel Galindo said in late April that Machado, along with Henrique Capriles and Julio Borges had several “inconsistencies” in their sworn statements of assets.

Last week, it was the turn of former San Cristobal mayor Daniel Ceballos. Expect this for other opposition candidates (and maybe some dissident Chavista) in the next few weeks.