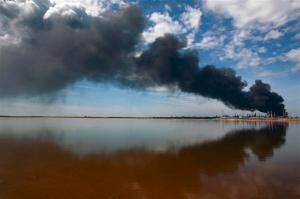 Here’s a mental exercise for you. Imagine just for a second that PDVSA was a properly run oil firm with an adequate worker safety culture and well-developed mechanisms in place to investigate, analyze and learn from past mishaps.

In that scenario – and with apologies to Marianna Parraga, Daniel Wallis and Brian Ellsworth – here are 20 questions that Rafael Ramírez really shouldn’t have any difficulty answering: