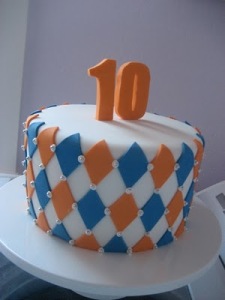 Back when it all kicked off, you had to spell out that “blog” was short for “web log” each time you referred to it. Barack Obama was unheard of, Mitt Romney’s views were progressive, Hugo Chávez was skinny, twitter was something birds did and youtube was a typo hurried plumbers made.

I wish I had a better story about how the blog started. I used to have a little email list for some gringo friends from college I would use to rant about Venezuela – it was 2002, and things were getting pretty crazy – and when I heard about this newfangled “blog” thing, I thought – “well, that’s better than an email list!”

So I started one more or less on a whim. I never imagined I’d still be doing it ten years later, or that the blog would come to take over my life the way it has, defining me professionally and turning me into something of a public figure.

For long stretches, particularly in the dog years of 2004-2007 when the opposition took collective leave of its senses, blogging felt like a debilitating addiction. I tried to give it up more than once; I knew it was bad for me. But I couldn’t control it and I’d always come whimpering back. Caracas Chronicles was my ball and chain.

Somewhere along the line, I gave up on try to make the blog understandable to people who don’t follow Venezuela closely. It pays to know your audience, they say, and it was clear my key demographic was morphing from interested outsiders to English speaking insiders. As more and more Venezuelans emigrated, the blog seemed to find a ready audience with Venezuelan expats, who joined the previous cohorts of foreign diplos, journos and oil guys I’d gone for all along.

Gradually, as Juan Cristobal took on more of a role and the opposition started its long march back to sanity, it became more fun. I slowly got better at writing shorter, punchier articles rather than the dreary 2,200 word logorrheic monstrosities I used to specialize in, and I started to get a knack for turning readers into professional leads, turning the blog into a kind of loss leader for my freelancing career. I’m still sort of amazed that it works, and yes, I do realize how lucky I am: my hobby is my job!

Thinking back, I honestly can’t remember the time before I blogged. I mean, c’mon…