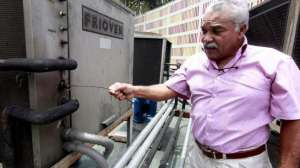 Just when the smear about alleged attacks to CDI-clinics around the country has been proven false by multiple sources (including independent human rights NGO Provea), State media made public a brand new case.

But newspaper Ultimas Noticias talked with the hospital’s director Huniades Urbina, who recognized that the AC system was already having technical failures since last month and that he reported the problem then. The AC system came from an agreement with Spain.

The hospital already had its share of problems: Its staff protested in late February for the constant pay delays and the lack of discussion of their collective bargaining agreement, which expired in 2001. Last year, the hospital admitted that it didn’t have enough number of specialists to treat its patients and is still in the middle of a lengthy remodeling process.