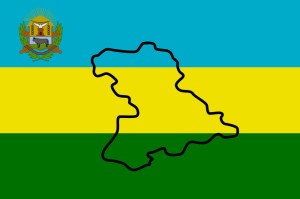 Anzoátegui is one of the most vulnerable states for Chavismo this 16-D. Even though the comandante presidente won there last October, his margin of victory was lower than six years ago.

Now, the MUD has a chance of winning after the incumbent governor was pushed aside and an outsider was brought in.

Governor Tarek William Saab came to power in 2004. Eight years later, he has changed in more ways than one.

Beside his unquestionable loyalty to Chavez, William Saab has been critized for his work as Governor. In July 2012, the comandante presidente threw him under the bus during a campaign rally.

William Saab was finally cut loose by Chavez and he accepted his dismissal.

Like in Aragua, a “out-of-towner” was sent in by the PSUV and its allies as candidate: Capital District MP Aristóbulo Istúriz, who four years ago lost the Caracas Metropolitan Mayor’s race to Antonio Ledezma.

Isturiz has indicated that his main objective if he’s elected governor is to turn Anzoátegui into the first communal state of Venezuela. But one small chavista party, the MEP, has rejected Isturiz and is running with its own candidate: Ubaldo Alvarado.

Representing the MUD is Deputy Antonio Barreto Sira. He was the original choice to run in 2008, but then the Comptroller General’s office unilaterally barred him from running until early 2010.

The former mayor of Freites Municipality (married to the current mayor Evelyn Urdaneta, who recently staged a hunger strike to force PDVSA to pay its taxes) won his primary last February.

On November 24th, the helicopter which was carrying him and other three people was forced to do an emergency landing. 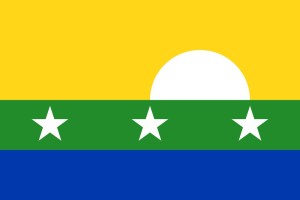 Meanwhile, the meighboring state of Nueva Esparta (considered to be an opposition bastion) also went for Chavez last October by a very narrow margin.

Chavismo thinks they can once again put one of their own in La Asunción, given the possible fatigue with the long-time incumbent.

Morel Rodriguez Avila has served as Governor of Nueva Esparta for fourteen years combined: First from 1989 to 1995, when he was defeated by the late Rafael “Fucho” Tovar. He retuned to power in 2004 (as one of the two opposition governors elected then) and is trying to win his straight third term.

He has warned that the communes could be very harmful to the state’s economy.

But Chavismo thinks they can win the governorship again, as they did in 2000 with Alexis Navarro. Its candidate is at least a local: the former Defense Minister (2010-2012) Carlos Mata Figueroa.

His plan pledges to improve Nueva Esparta and transform the main role of the government. His campaign has delivered medical help with the financial support of PDVSA.

In the next and final chapter of the “16-D Races to Watch” series, I’ll take a look to both my home state of Lara and what appears to be the most complex race: Monagas.